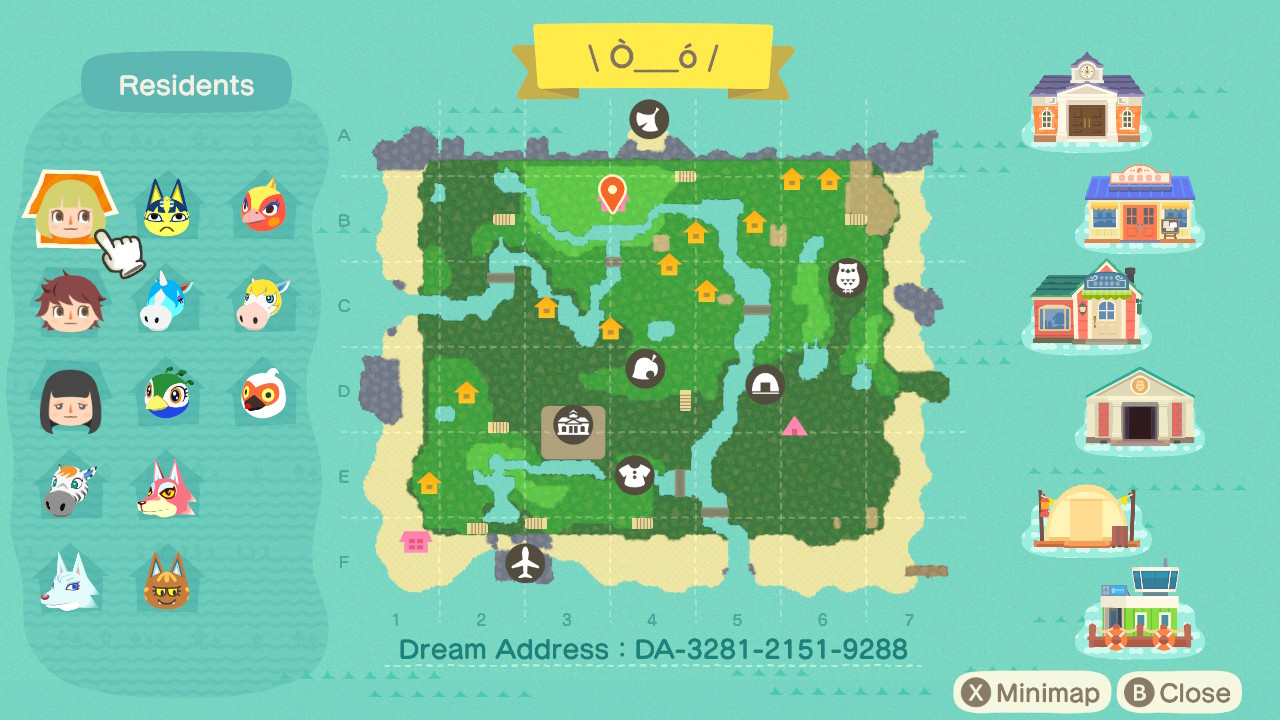 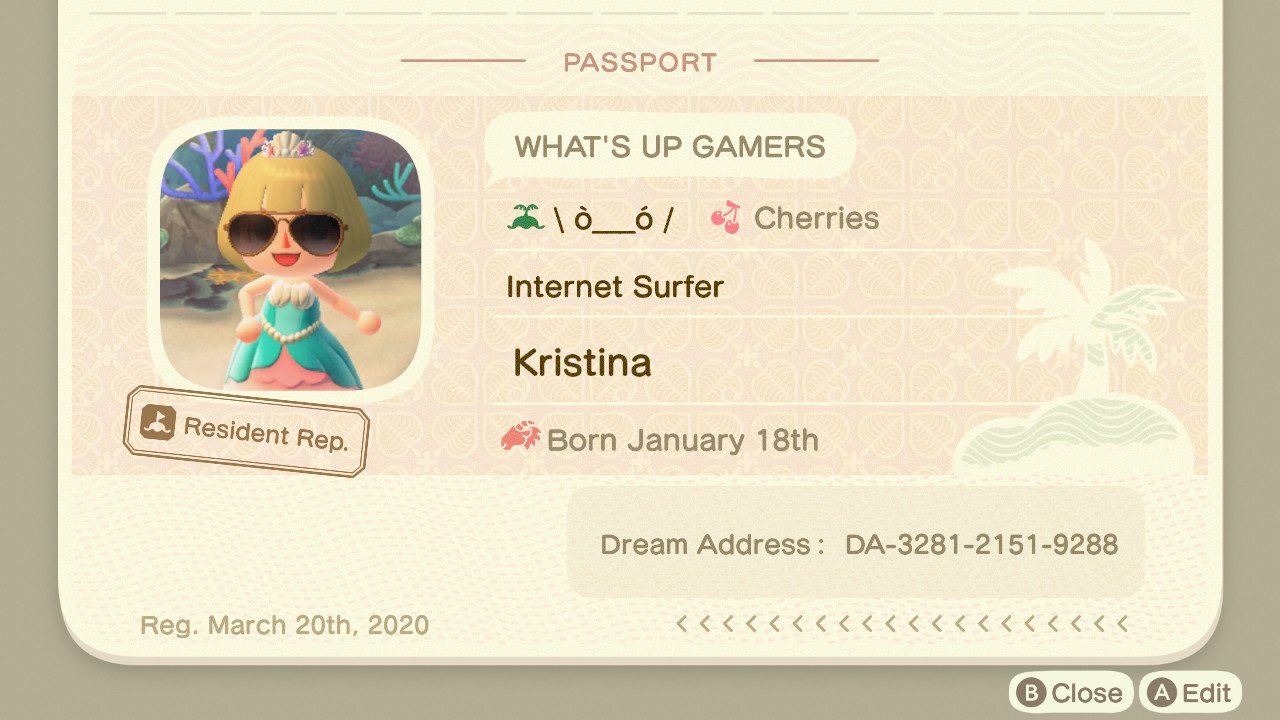 Name: Kristina
Age: I am an adult. I remember when iframes were en vogue. I'm that old.

I started playing on release (March 20th, 2020). I was very excited to start playing, especially as the pandemic crept closer. I really had no idea what to expect because I had never played an Animal Crossing game before.

I had downloaded the Pocket Camp spin-off for my iPhone and played it fairly often for the first few years of its release. I was commuting a lot during this time so messing around with Pocket Camp helped fill some of the time. I had no idea what to expect with New Horizons. I only knew that I had certain villagers I needed in my game: Julian, Julia, Colton, Phoebe, Freya, and Whitney. I had all of these villagers at my camspite in Pocket Camp. However, I did look through a list of all the villagers and decided I also wanted Katt on my island, because Katt is just awesome.

My starter villagers were Hazel I think one of the gorillas. I remember Hazel because she would never leave. I had to move her out with amiibos. I know everyone thinks their AC villagers are the best, so sorry to all Hazel fans. She's just not for me.

Gathering the villagers I wanted on my island was the first and most important task for me when I started playing, but I did not own any amiibos (physical first party items that are sold as cards and/or figurines which provide certain perks depending on what game you use them with). After the game came out and the community learned how the amiibo system worked, I decided to custom order some third-party amiibos which double as holographic stickers of the villagers. As I waited for the order to be fulfilled and arrive in the mail, I cycled through several villagers I wasn't fond of, like some of the grumpy hippos and a chicken that was so annoying I tried to trap her on a hill so she wouldn't interact with me. I really love chickens but these chicken characters in the game are not for me.

After I had scanned in my desired villagers via amiibo, I did do a fair amount of time travelling (setting the Switch's clock forward so you can play in different seasons in AC) because I really wanted the mushroom items. The time I put in gathering those balloon recipes... I went through the entirety of an audiobook of Pynchon's The Crying of Lot 49 and still didn't have them all, but I did have the ones I wanted! No regrets.

I think my favorite update to the game was summer 2020, with the diving mechanic and firework festival. I also love cherry blossom season in early spring and Halloween.

Name: The British Guard
Age: Ageless, a truly transcendental being.

I made this villager as an inside joke between my friends and I. I tried to make the house perfect for him, including the roach investation, trash piles, excessive images of the Queen, and the attic/British Museum. I may put in a basement jail when I have more bells to burn through and imprison some Crown enemies. 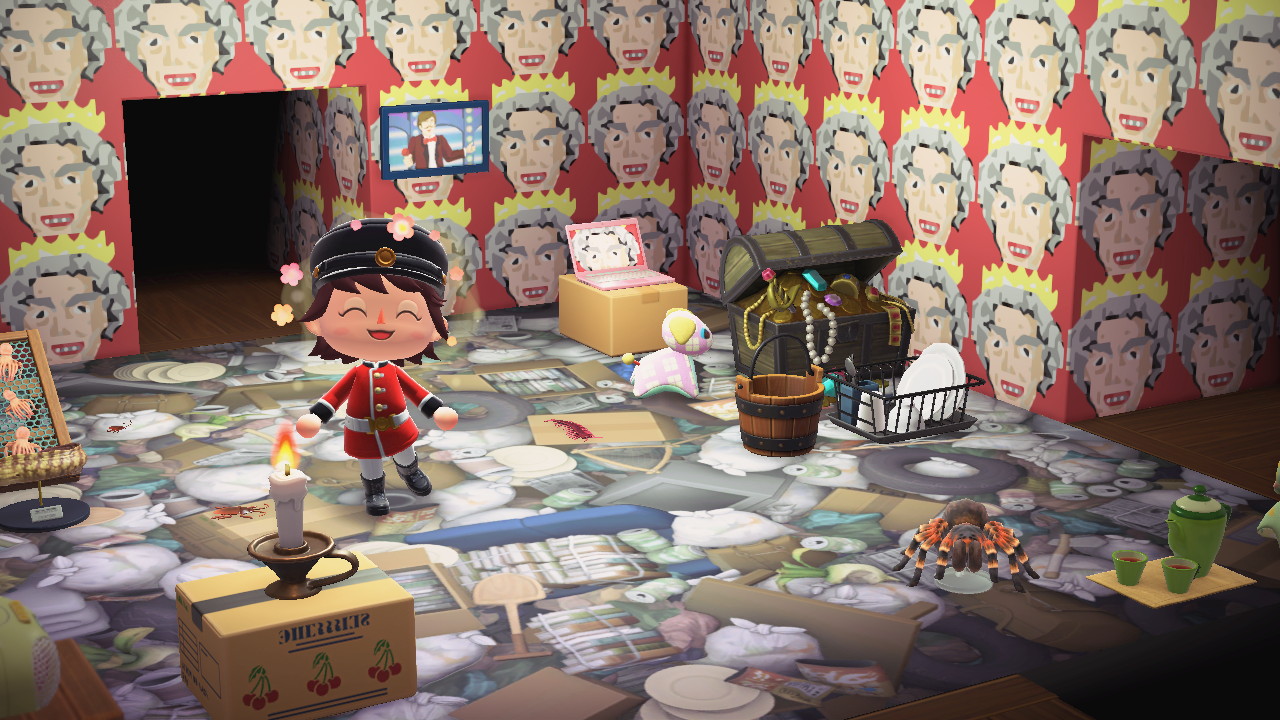 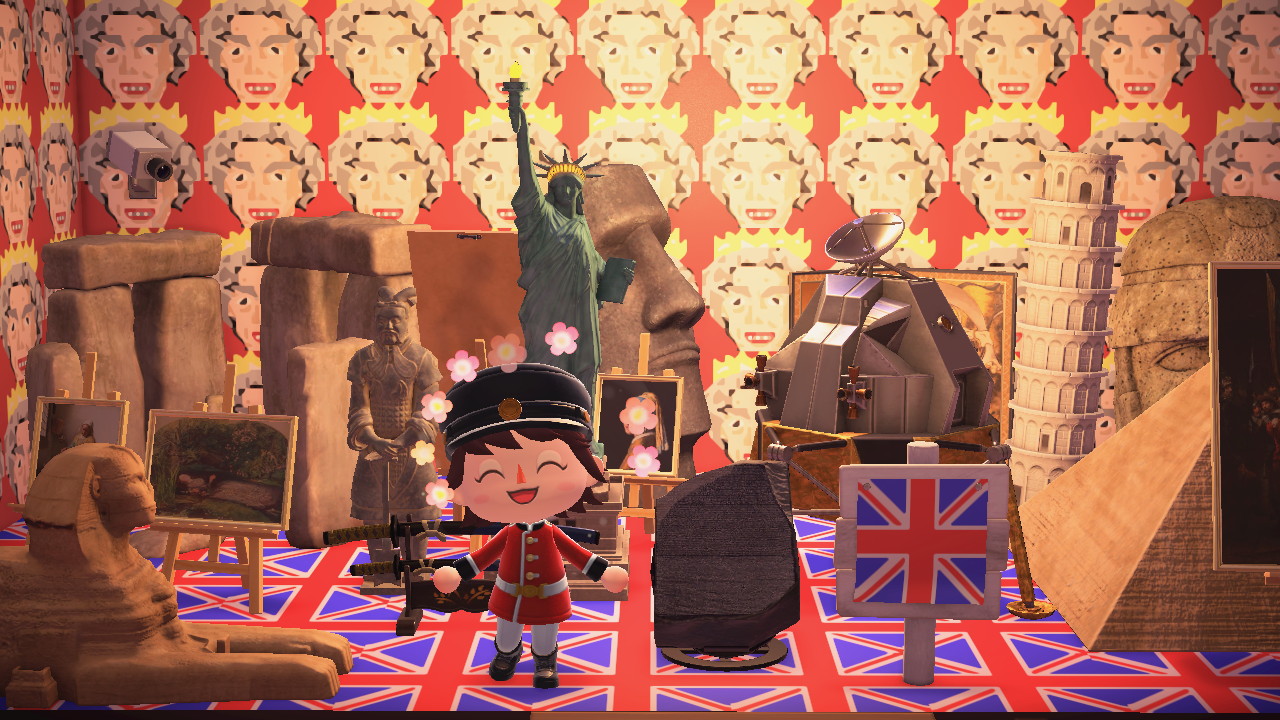 Here is the museum. Do not steal. 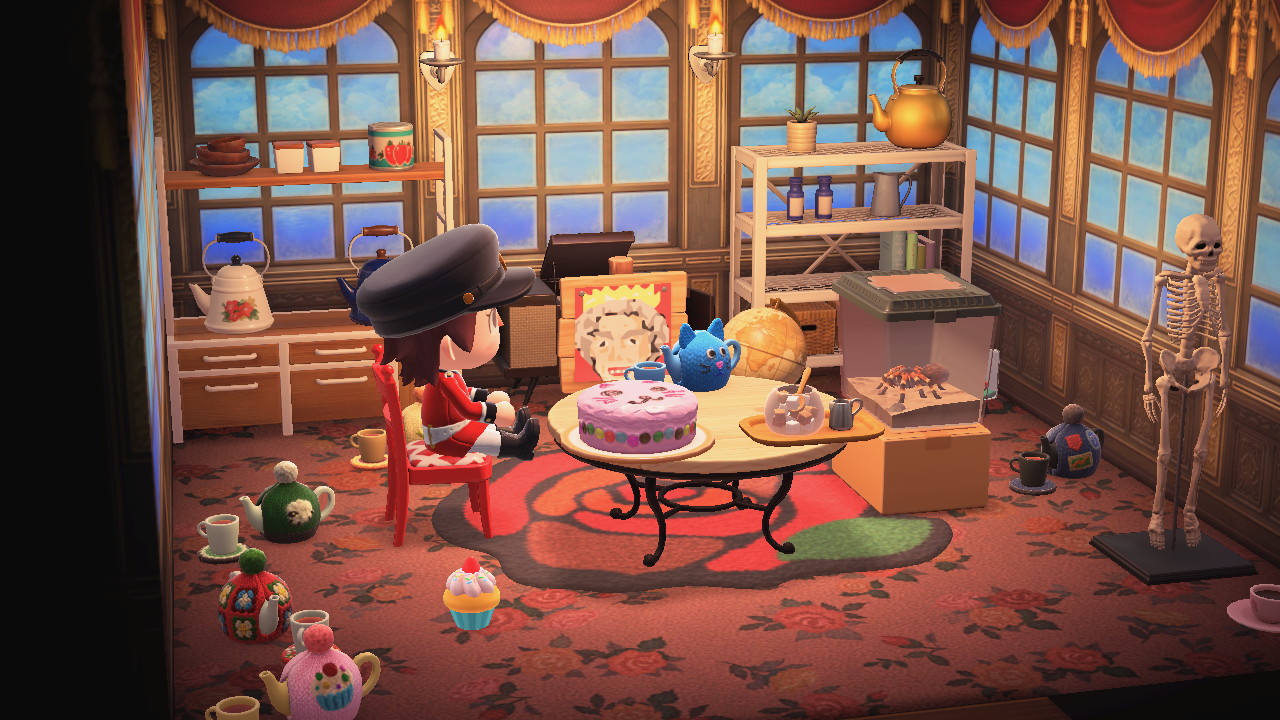 This is the tea room where you can attend afternoon tea with the sovereign and a spider. 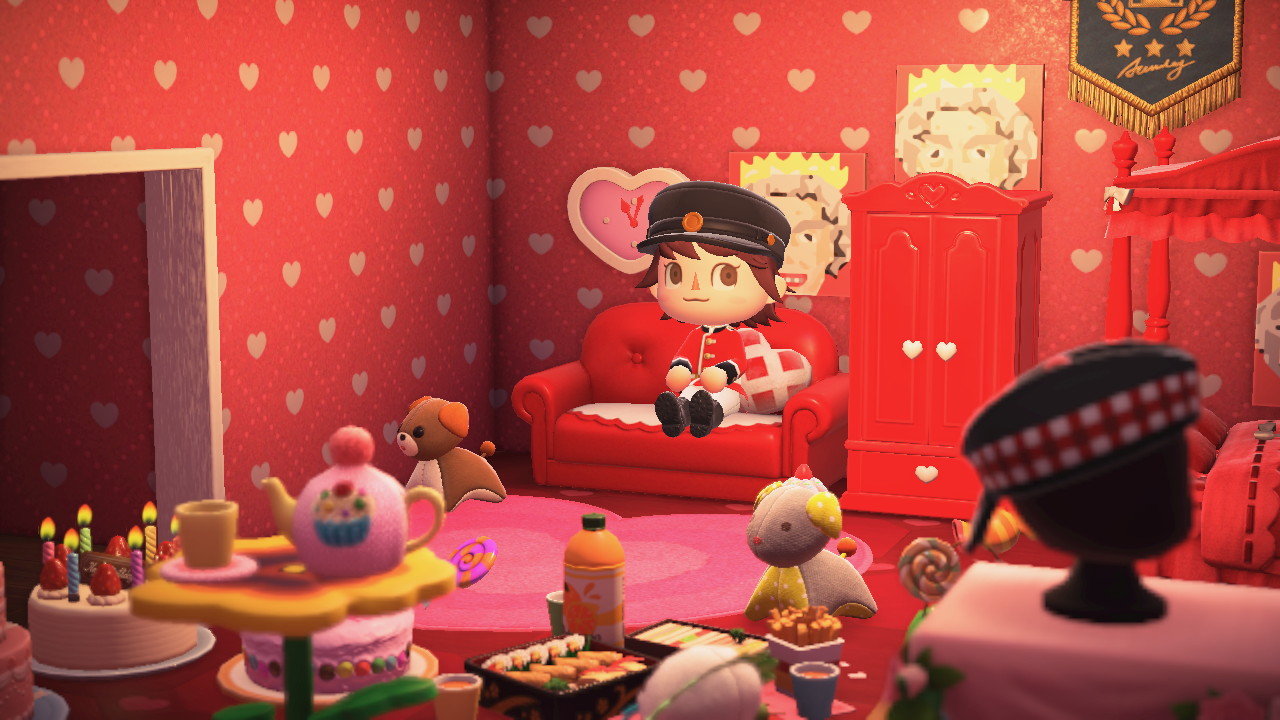 I may re-do the bedroom when I get my hands on the Sanrio items, but I'm in no rush. For now this is good. Whenever I get a sweet-themed food item I throw it into this room. 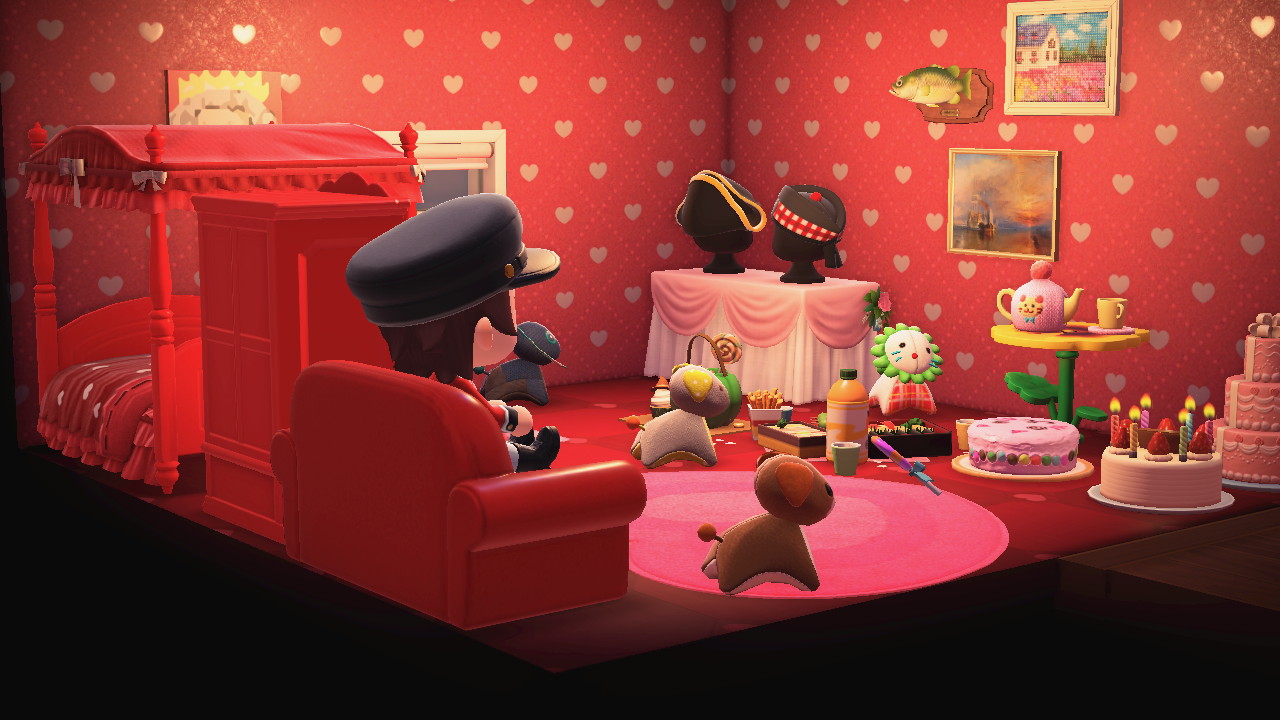 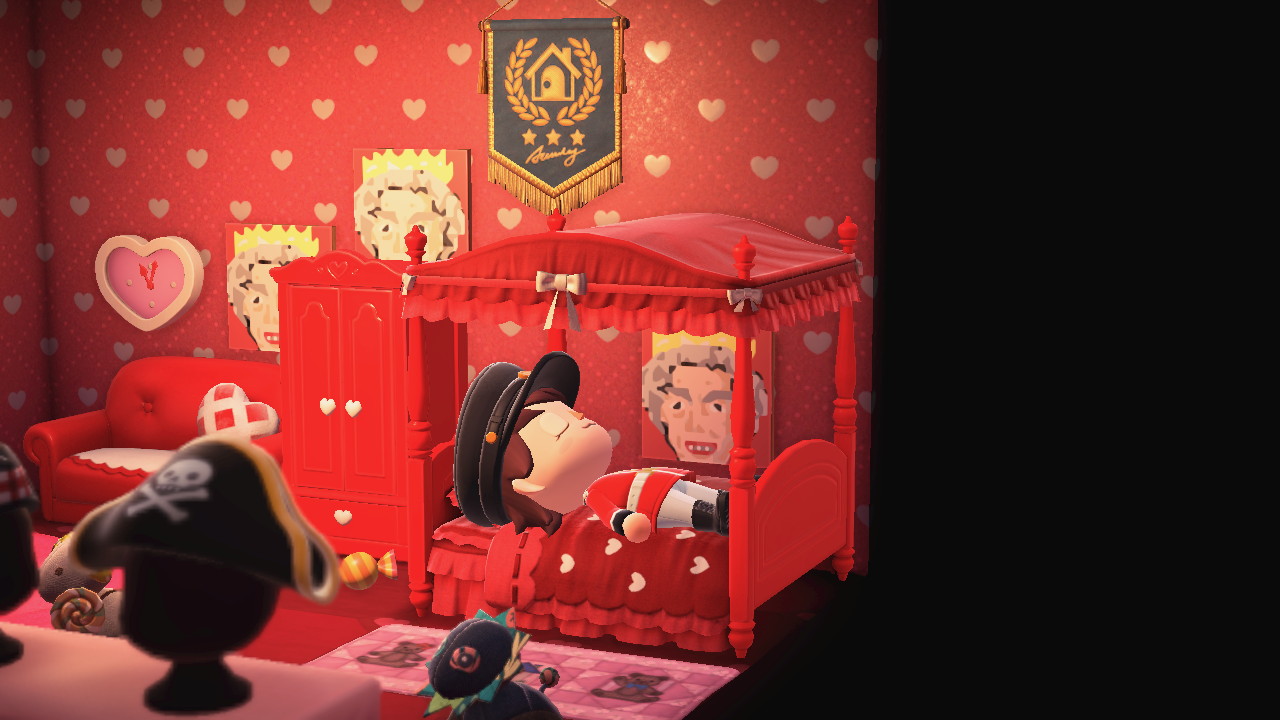 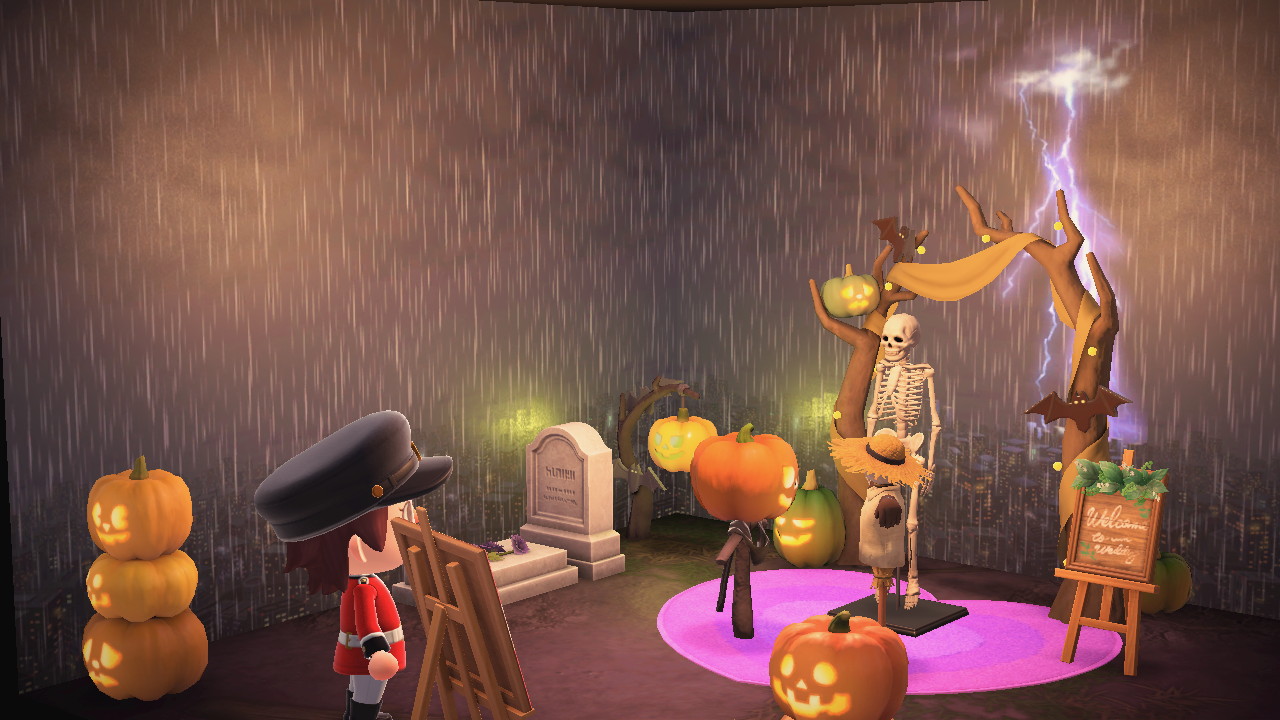 I may re-do this room, but for now you can witness the marriage between the two genders, pumpkin-headed scarecrow and straw hat scarecrow. 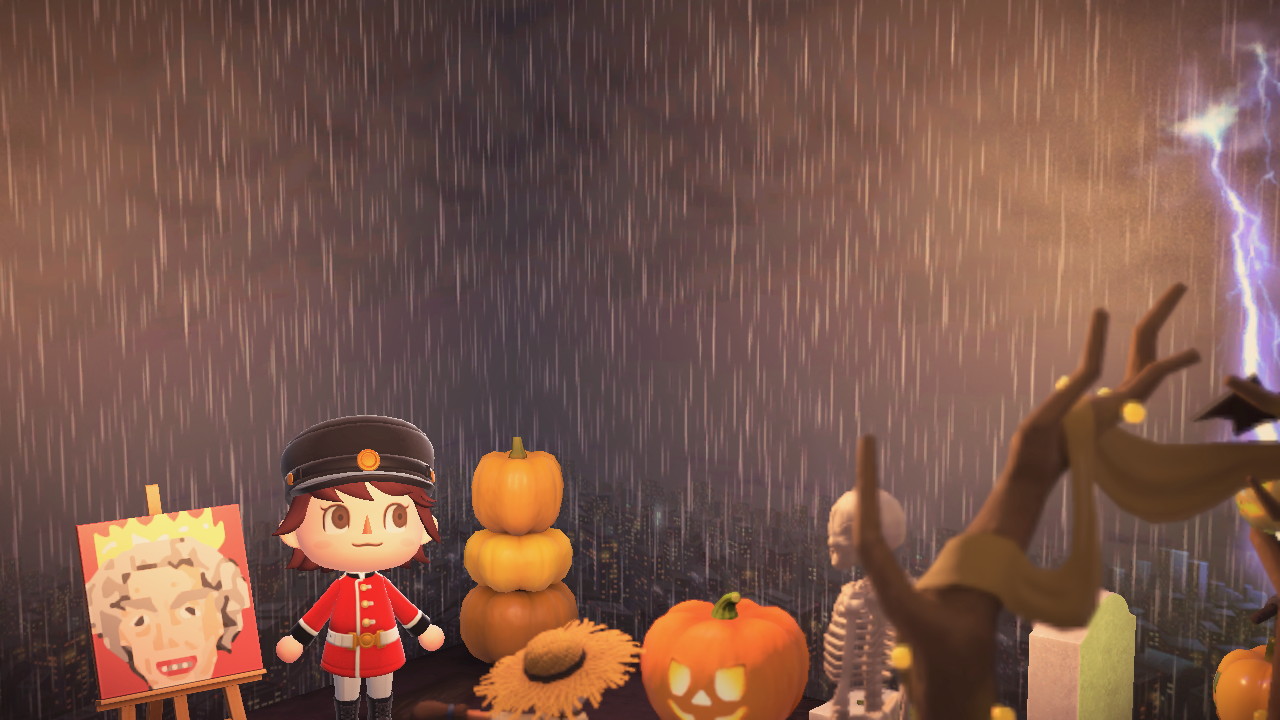 The queen is also in attendance, of course.

Sailor Saturn
I honestly just wanted another tent at the campsite, so I made this account.